In the last six years I’ve gone through; six pairs of thick rawhide gloves, ruined several shirts, stepped on many barbs, one tetanus shot, been scratched so many times I’ve lost count, one really serious injury ( deep gash on back of leg ..nice scar)…I think that covers it.   When I get dressed to make barbed wire crosses, no need to saying anything…the family knows the outfit…but I do have a secret tool to help me.   Read on.

For this story, lets go back about six years…2004. 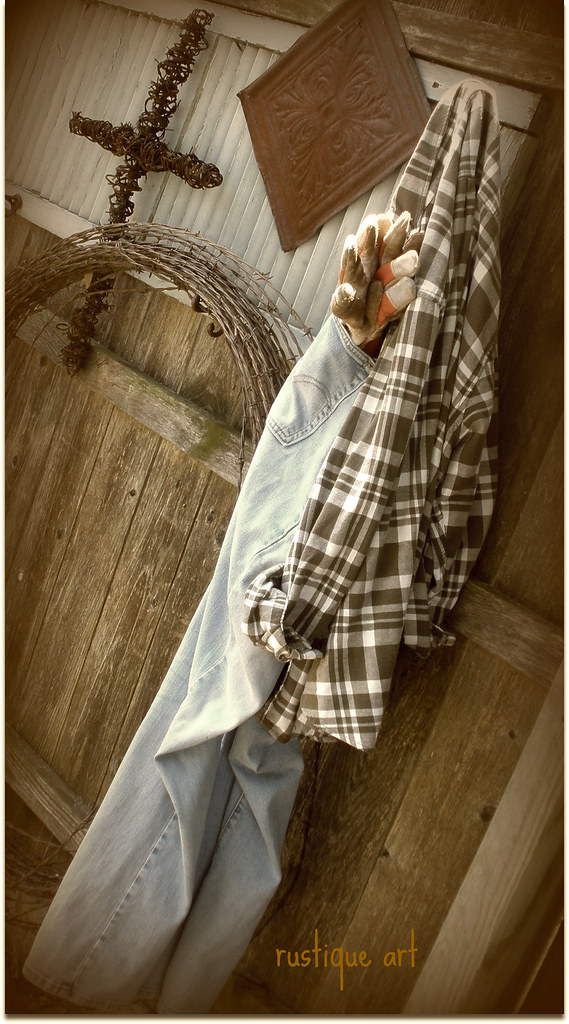 I had an epiphany.  That’s a really fancy word for “visual idea”.  I can say that because although my thought was not of the divine nature as an epiphany is defined, “a vision or realization of divine nature”,  it was visual and I could see it as clear as day.  As you will later see it was indeed divine inspiration.

I remember the day.  I had been making wire wall crosses for about six months…sewing on beads and selling them a various art shows.  I was working on some designs and there it was…that epiphany, as I held several yards of wire in my hands I envisioned what a cross would look like made out of barbed wire.

Now let me side step for a minute…I tend to be impatient and although I have learned to channel my tantrums into constructive behavior, I’ve yet to get a leash around my monster that convinces me that the world will end if I don’t bring this idea to fruition. Right now!

Note to self, call Lisa…explain that I need some barbed wire and sweeten the deal with the “you get the first one” promise!   My stories get long so I’ll cut to the end…her dad came through with the goods, she got the first one and the rest is history. 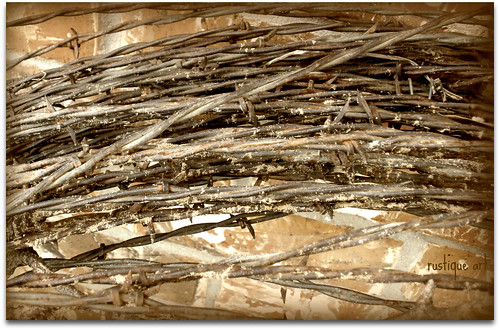 Okay…shortcut…everyone got one.  Just about.

The Barbed Wire Wall Crosses were a hit at my craft fairs…they were a hit on the website and they don’t last long on Etsy.   I have to go back to the middle of my story.  A very close friend of mine has land in central Texas, her step daughter and son in law live on the land or nearby, never was clear on that…any who, they needed new fencing!  I get a call one day… “Cindi would you like some barbed wire?”  LOL…are you kidding me?  Next thing I know there’s a dually pickup truck backing into my driveway and my garage now has more barbed wire in it than Southfork! (exaggeration)

The Barbed Wire Wall Crosses have been my best selling product for 5 straight years.  That was an awesome epiphany wouldn’t you say?  And of course I’m going to give that glory to whom it belongs…The Good Lord Almighty,  Amen. 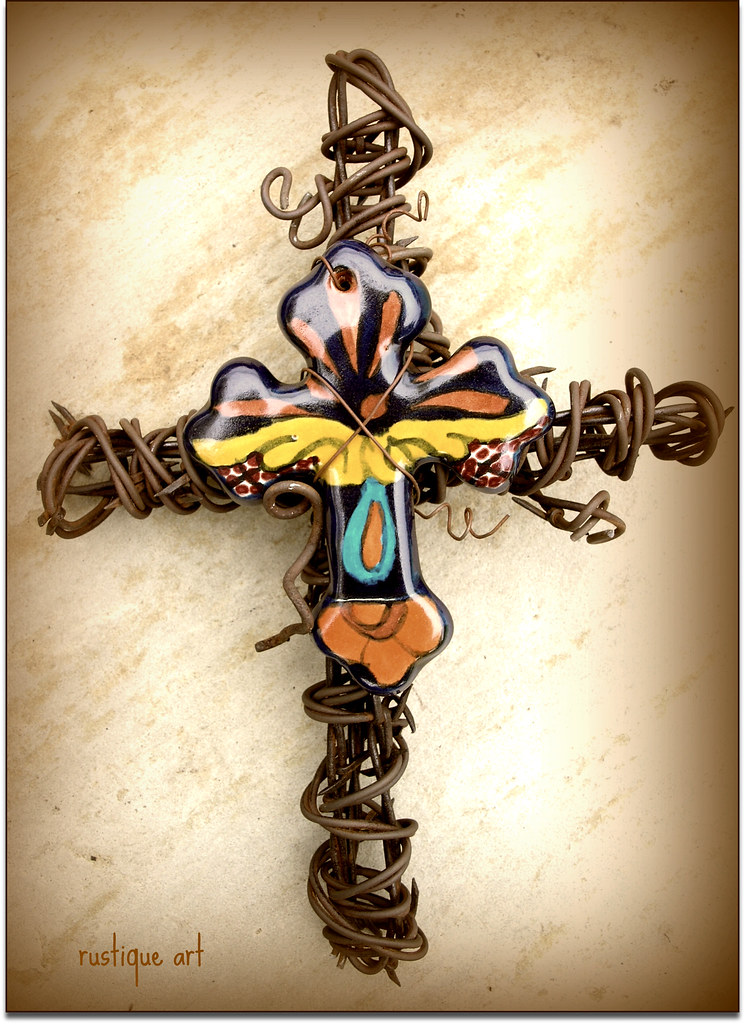 Oh yes… the secret tool.  I’ve found that by using this unusual method, I’ve cut down on many of my injuries and it also cleans up the wire a little as it does get dirty sitting in the backyard waiting to be wrangled into a cross.

The secret tool is…

My pool.  No really.  By letting the excess wire hang in the water while I’m bending and twisting…the water keeps the wire from whipping into my face, head, arms…you get the picture.  And now it is clean and ready to ship!   Who says you don’t learn anything by reading a blog?

And lets keep this a secret…my husband might not like that I use the pool for cleaning the rusted barbed wire.  🙂