Wouldn’t that be divine?   To realize that you’ve have messed up, see the error, go back and edit.

Not possible I know, that is why sincere apologies are so important, because you don’t get to remove your foot from you mouth, heal a broken heart or undo spoken words.   You can only humbly apologize to that person or persons that you have offended and ask for their forgiveness.

Everyday we all have the opportunity to teach someone.   You don’t have to be a teacher and you don’t have to necessarily say something to teach.  Actions speak and you’ve most likely grown up hearing that quote; “actions speak louder than words”  and it’s is true.  But many ask why.  Here’s my humble opinion; because actions are lived and words are spoken.  So a person can say something but not actually put action behind the words.  You cross over into being a hypocrite when you say the words and don’t put the action behind what you say to others.  So a hypocrite say’s; “do as I say, not as I do.”  Truth be told, we are all guilty of being hypocritical, like it or not we are.  No matter how hard one tries, if you are human that you have at one time lived this out.

oh this is going to hurt.  It’s bad enough when God speaks to you and shows you what you done, but then to write about it…it’s really tough.

Last week we drove to Kerrville to celebrate our grandson’s birthday.  We always look forward to seeing our daughter, wonderful SIL and the grand babies.  We miss them like crazy.  We had a few minor problems and major mishap when my dog knocked my 15 month old grandson off of the deck and although he didn’t fall far he was hurt and it was awful.  As you can imagine, it was traumatic and I felt horrible.  Suffice it to say we will never travel with our dog again.  Sterling is okay, but I’m not sure I can ever shake that image of him falling.  If I had been Autumn I would have said things, lashed out in anger and harbored resentment.  But she didn’t show one ounce of anger, only fear at first, relief that Sterling was okay and then sadness.  She even shared that she hoped this wouldn’t keep me from coming back.  Can you believe that?  I was just sick to my stomach that my dog was responsible for this accident.  I assured her that nothing short of death could keep me away from my children.
My daughter’s actions that night taught me that; one…she is an amazing wife, mother and daughter, and two…that she has a Christ filled heart.  Was it possible that she was seeing my shame and angst?  She was worried that I wouldn’t come back?  God love her sweet little heart.  She had to have been angry…I mean wouldn’t you have been?

That was just hours into our arrival and before that their neighbor had already come over to complain about my dog barking in the backyard.  She treated Autumn horribly with rude words and threats.  And then the accident with Sterling….suffice it to say, Rudy was in the dog house kennel all weekend and before you call the ASPCA on me, we did let him out frequently, but he had more kennel time than usual and he lived through it.

Although I would gladly use my do over for this instance, I have to say this isn’t the “one” I’m writing this post about.

What God laid on my heart this morning was my pride.  Such an ugly word and even an uglier action.  My do over would be to teach my 8 year old grand daughter humility and gentleness not pride.  But I got it all wrong. 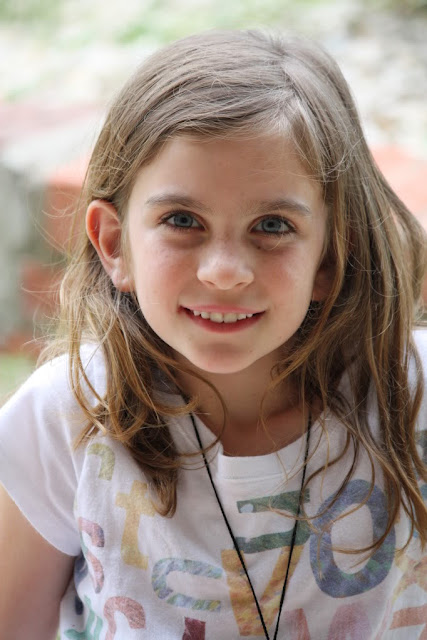 She is so precious and my love for her is too big for words so you would think that when I have the opportunity to show love, patience, self control, kindness, gentleness & patience…just six of the nine fruits, how hard could that be?  No, I choose to act out one thing, pride!  And a deadly sin at that.

I’m going to stop for a sec and just say that if your not a Christian and you don’t know about these things that I am talking about…fruits of the spirit, deadly sins (everyone knows about the seven deadly sins) then you might be rolling your eyes and thinking to yourself…”that’s why I don’t want to be a Christian, because they think they have to always confess their sins and not only that, but on a public forum like a blog”  let me just say, that to be have the Holy Spirit humble you and show you how you can correct a wrong is far better than not ever knowing how you have hurt someone.  I don’t have to write this, but I want to so I can show others that we all fall short, even Christians.  And I want others to know that we all let so many precious teachable moments slip through our hands because of prideful ignorance.

If you’ve never read that book, A Purpose Driven Life by Rick Warren go find it in the library and read the first sentence.  It simply states “It’s not about me.” I read the rest of the book, but he could have stopped there and I would have understood.

(scene) Haley in the kitchen, I’m sitting at the table.  She finds the piece of paper that I used to scribble the gifts and persons who gave the gifts to Haven for his birthday.

so lame!  I should have said….Thank you for telling me Haley *smile* or Good catch! I didn’t know that.

Haley:  You spelled Buzz Lightyear wrong.
Me:      I did?
Haley:  *giggle* you wrote Bugg.
Me:     (this was the moment that I missed, I should have said….”are you sure? maybe you should go get your googley glasses and look again silly girl”)

I think momma say’s something to her about that time about showing the fruits of the spirit and being kind.  A few minutes later I looked at the paper, it did look like I wrote Bugg because I was writing in cursive and my Z’s look like g’s.  And then I pointed that out to her.  But I didn’t do it as a teachable moment with tenderness? No…. I teased her and said; “ha,ha I didn’t write it wrong, those are Z’s”

Oh…way to go Grandma, make her feel like an idiot.  Where was my fruit of the spirit?
I didn’t say;  “you’re right Haley that does look like I wrote Bugg”

Ephesians 6:4
Fathers, do not exasperate your children; instead, bring them up in the training and instruction of the Lord.

The Bible might say “father” but it means me too.  Did I train correctly?  No. Instead I exhibited pride and haughty, probably making that sweet little girl feel silly.  Wow, what a big person I am.  I sure put her in her place didn’t I.  So let’s see what the Bible says about my actions;

Proverbs 11:2   When pride comes, then comes disgrace, but with humility comes wisdom.
Proverbs 13:10  Pride only breeds quarrels, but wisdom is found in those who take advice.
Proverbs 16:18  Pride goes before destruction, a haughty spirit before a fall.

humm….Nice job Grandma!  Not wise, inciting a quarrel and destructive…strike three I’m out!

So, to Haley I owe an apology and I will ask her forgiveness.

I pray that when I am blessed with another teachable moment, that I remember this day, God’s instruction and live out my faith through my actions.

Philippians 4:5
Let your gentleness be evident to all. The Lord is near.